For those of us who have been using cannabis for a long time, the language of cannabis may seem second nature.

But we know that it can be somewhat confusing to newcomers, especially when trying to understand the difference between an eighth, a gram, and an ounce.

To help you decipher these terms and make the most informed decisions about your purchase, our team here at Eggs Canna has created this visual guide to cannabis quantities: 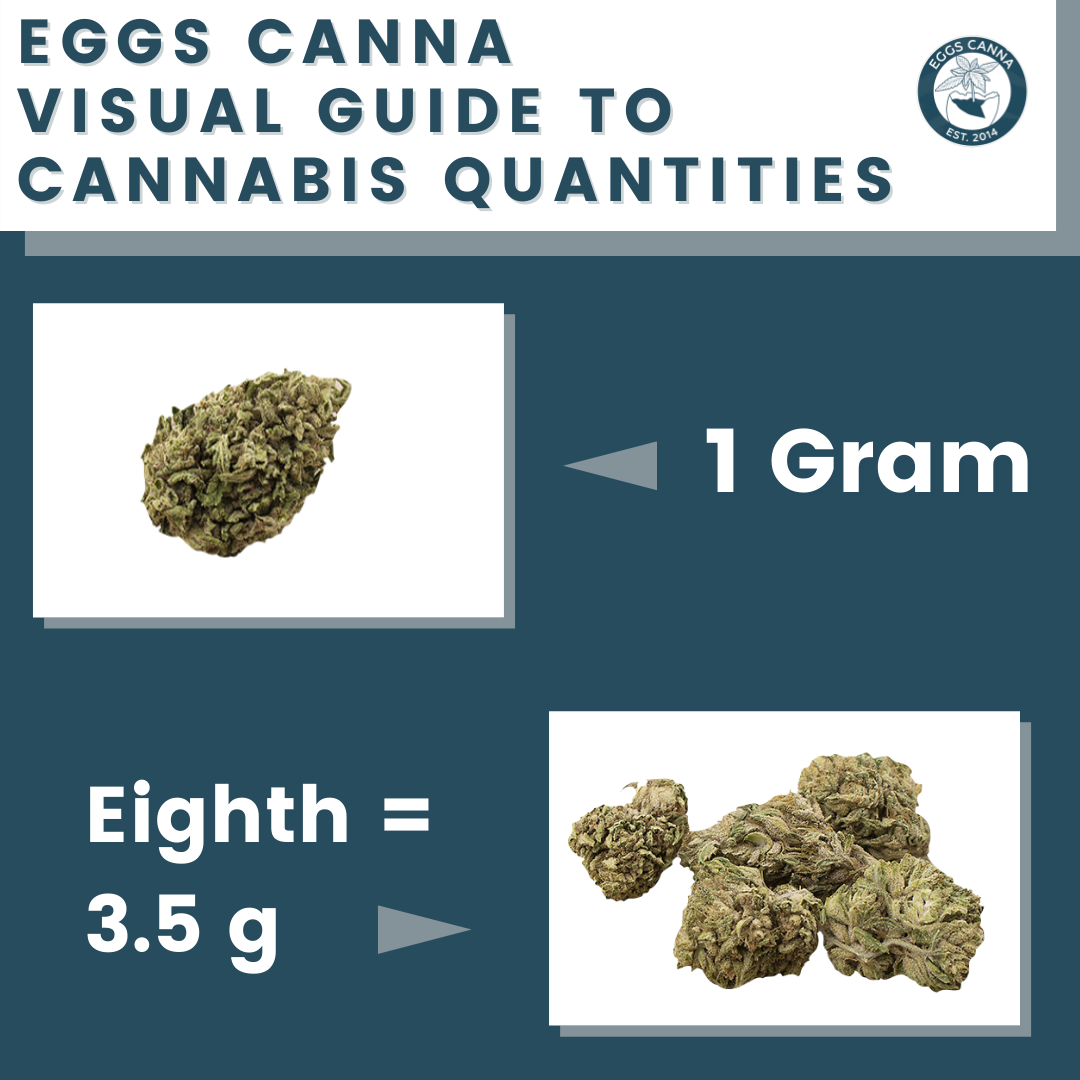 A gram of cannabis: When you buy cannabis by the gram, this is generally the amount that’s sold in a single, pre-rolled joint. 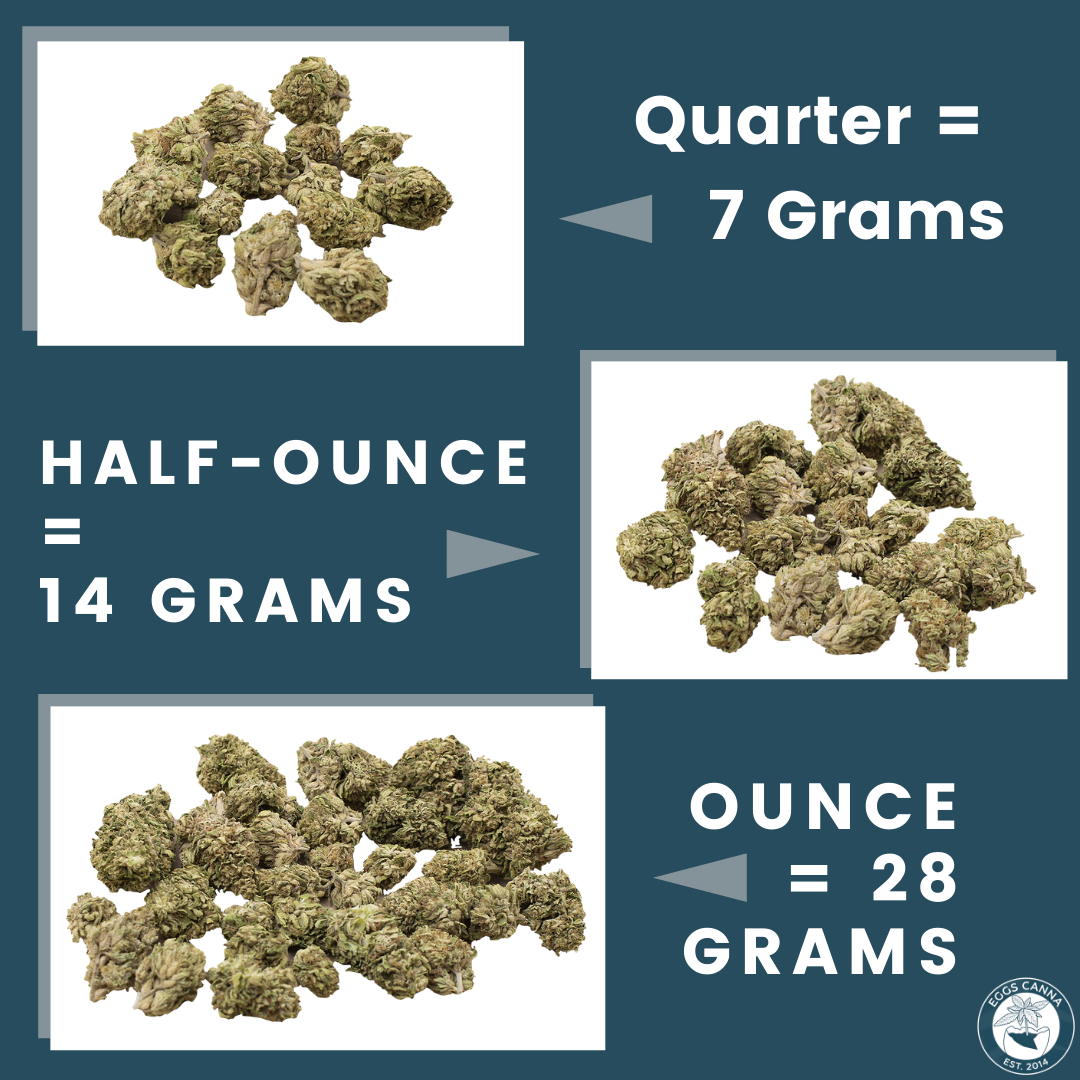 A quarter of an ounce (7 grams): A quarter is twice the amount of an eighth.

Half of an ounce (14 grams): A half ounce is double the amount of a quarter.

An ounce (28 grams): An ounce is double the amount of a half-ounce.

Choosing The Right Amount Of Cannabis

As stated above, the smallest amount of cannabis flower you can typically buy is one gram. A gram is going to roll about two joints or three to four bowls, making it a great option for the occasional consumer or when trying a new strain. Of course, if you are a heavy user, you may find that a gram doesn’t last very long.

An eighth (3.5 grams) is a great option for those who smoke multiple times per week. An eighth will last three to seven days for most people. This is one of the most popular sizes because it lasts just long enough to enjoy but not too long that it’ll go bad before you finish it all.

A quarter (7 grams) can last between one and three weeks depending on your consumption habits. It weighs about as much as an iPhone and will fit in most pockets 😉

A half ounce (14 grams) is going to last most people between one and two months depending on their consumption habits. This size is great for those who want to stock up at once and then don’t have to worry about running out

An ounce (28 grams) should last a few months for most people who use it occasionally. An ounce usually has 15-25 1 or 2 gram nuggets, making it easy to break into quarters and eighths.

Now that you are caught up on all the lingo, have some fun shopping at Eggs Canna!